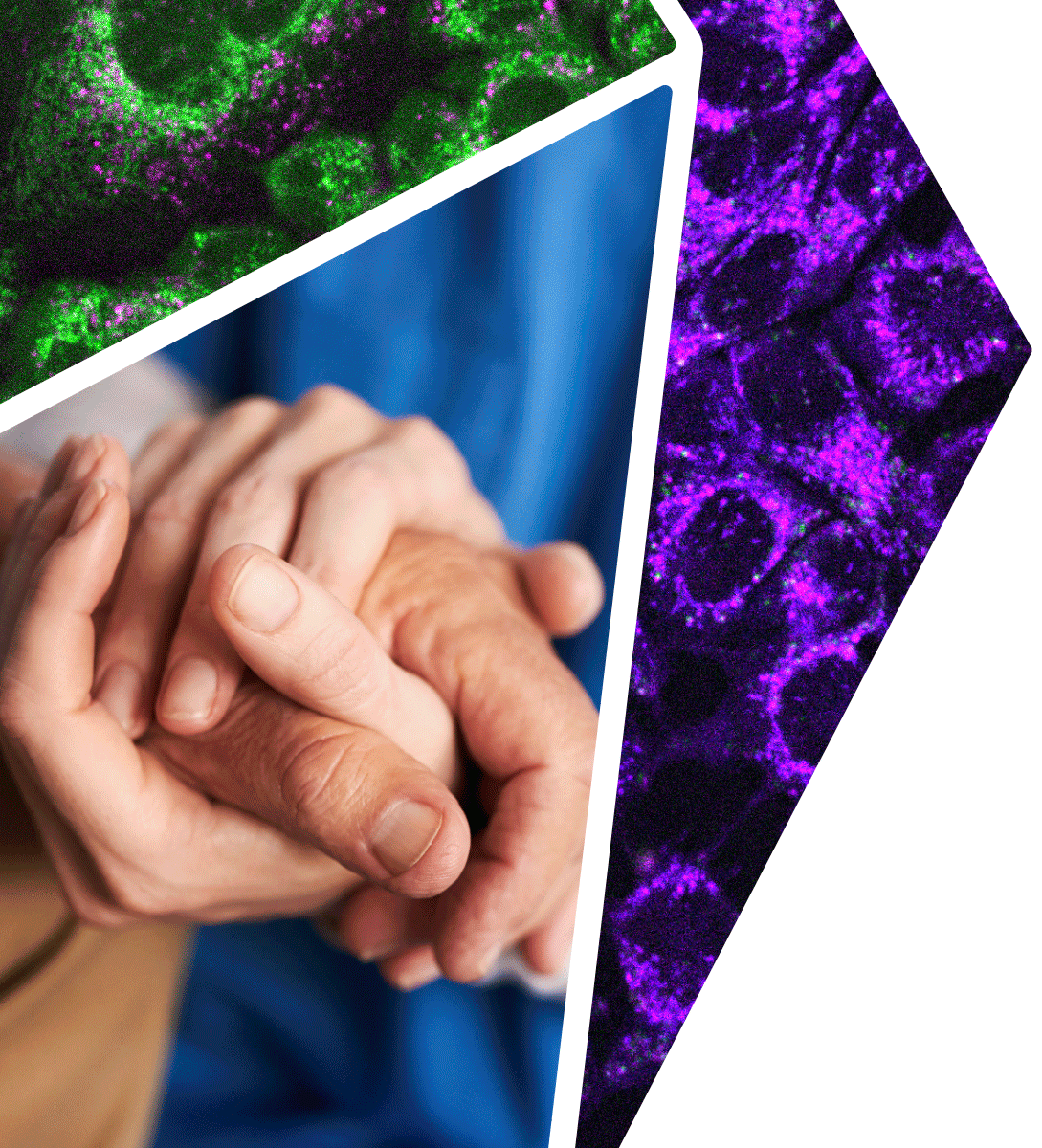 Take a moment and google, "animals that don't get cancer". Near the top of the short list is the largest land mammal, the elephant. The genus of the Indian elephant is elephas, and so a company with an ambitious mission was born. Our founders have a vision of improving cancer care and providing hope for patients around the world. Around them has gathered a team of top professionals who share the same dedication and passion towards achieving that goal. 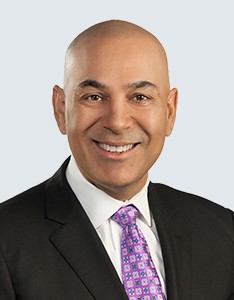 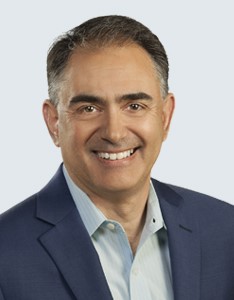 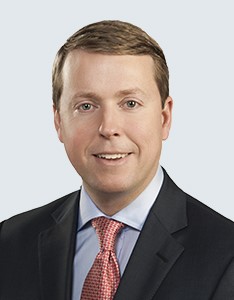 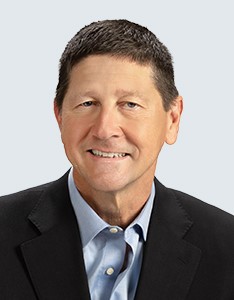 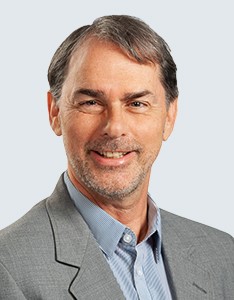 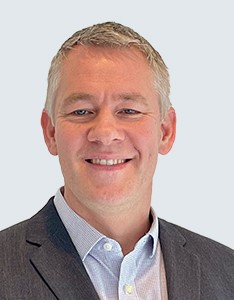 Prior to founding Elephas in 2020, Maneesh was CEO of Farcast Biosciences, a venture-backed cancer diagnostics company focused on improving treatment outcomes for cancer patients. Before joining Farcast, Maneesh served as Chief Operating Officer of Exact Sciences Corporation for ten years where he helped lead the growth of the company from 3 employees to over 3,000 at the end of his tenure there. Exact Sciences’ focus is the early detection and prevention of colon cancer. Exact’s lead product, Cologuard, was developed in collaboration with Mayo Clinic and is now widely available in the US as a front-line screening method for colorectal cancer, reimbursed by both Medicare and all major insurers. Prior to joining Exact, Maneesh worked for Third Wave Technologies, Inc., a molecular diagnostics company, from 2003 until its acquisition by Hologic, Inc. in July 2008. Third Wave Technologies developed an HPV product for cervical cancer screening. During his time at Third Wave, he was responsible for business strategy and commercial operations before being promoted to Chief Financial Officer in January 2006. Maneesh earned a BA in economics from the University of Chicago and an MBA from the Kellogg School of Management at Northwestern University.

Jon brings over 20 years of oncology R&D experience. Before launching Elephas, Jon was CSO of Farcast Biosciences. He previously worked as a consultant to early-stage biopharma companies, helping them to develop and implement effective strategies for advancing their drug pipelines. Prior to that, Jon was a member of the Amgen Oncology senior leadership team and both founded and led Amgen’s MDM2 inhibitor and angiopoietin inhibitor programs. These efforts produced Trebananib (formerly AMG 386), an angiopoietin inhibitor evaluated in phase 3 clinical trials, and Navtemadlin (formerly AMG 232), an MDM2 inhibitor currently being tested in phase 1 and 2 clinical trials across multiple tumor types. Jon earned an MD/PhD from Johns Hopkins and did his graduate work in the lab of Dr. Bert Vogelstein, where he cloned the human MDM2 gene, discovered MDM2 amplification in human tumors, and demonstrated that MDM2 concealed the activation domain of p53. He performed his postdoctoral work with Dr. Robert Tjian at UC Berkeley, where he explored the molecular basis of transcriptional synergy using the SREBP and Sp1 proteins as model activators.

With over 20 years of experience in finance and accounting, Terry joined Elephas in 2020. As the Chief Financial Officer, he leads Finance, HR, IT, Legal and Business Analytics. Prior to joining Elephas, Terry was CFO at Farcast Biosciences, a venture-backed cancer diagnostic company. Terry also served as CFO of Freedom Graphic Systems for seven years and was responsible for Accounting, Corporate Development, Estimating, Purchasing, Insurance and Legal. Freedom was the largest privately-owned manufacturer of direct mail in the country. Terry’s experience also includes serving as partner for a leading turnaround and management consulting firm, in addition to success in public accounting at KPMG. Terry holds both undergraduate and graduate degrees in Accounting from the University of Notre Dame as well as an MBA from Northwestern University’s Kellogg School of Management.

Prior to joining Elephas, Mike founded Prairie Technologies, Inc., where he served as President and Chief Systems Architect from 1995 to 2013. Prairie was successfully sold to Bruker in 2013 and Mike joined Bruker as General Manager to lead the integration of Prairie Technologies and initiate Bruker’s Fluorescence Microscopy Division. Mike led the field of laser microscopy through optical innovations leading to the first commercialized multi-photon microscope that combined electrical recording with imaging and photoactivation, helping understand neuronal signaling and microglia interactions to treat brain diseases. Mike led the first to market confocal microscopy instruments using point scanning, multipoint scanning, tandem scanning, acoustic optic and spatial light modulation techniques for biological and material science applications. Mike was also at the forefront of high-speed laser point scanning for biological imaging by pioneering the acousto-optic deflector to steer the two-photon laser beam. In addition to developing custom microscopes for research, Mike’s work has a global footprint in research labs through his early work at Bio-Rad to partnerships with Zeiss, Olympus and Nikon. Mike earned his bachelor’s degree in electrical engineering from the University of Wisconsin – Madison, and held several positions with increasing responsibility prior to starting Prairie Technologies.

Pascual brings over 20 years of IT experience in early and late-stage biotech and pharma. Before joining Elephas, Pascual was the Sr. IT Dir for Research & Early Development (R&ED) for Celgene Corporation and BMS, focusing on creating and advancing the strategic IT roadmap for R&ED. Prior to that, Pascual co-founded one of the early cloud-based Laboratory Information Management System (LIMS) efforts, Sciformatix. Pascual previously held leadership positions in companies like Perlegen Sciences, Synteni, and DNA Sciences. He performed his postdoctoral work with Dr. Tom Jovin at the Max Planck Institute for Biophysical Chemistry in Gottingen, Germany. He earned a Computer Science degree from Delft University of Technology, and a PhD in Applied Physics from the Delft University of Technology and University of Utrecht, where he studied with Prof. Ted Young and Prof. Dr. Arie Verkleij, respectively.

Hinco brings over 25 years of experience in oncology and genomics, across academia and industry to Elephas. He previously was the VP of Product Development at Integra Connect, helping create and advance an enterprise analytical software suite tailored for clinicians and biopharma researchers. Before that, he was the Scientific Software Team Lead at Illumina, overseeing development of Illumina’s Precision Medicine Platform. Hinco received his PhD in oncology & genomics at the University of Amsterdam and later pursued his postdoctoral research at Stanford University focused on whole genome sequencing and bioinformatic analysis. Hinco’s contributions across academia and industry have resulted in over 20 peer-reviewed scientific publications, 1,400 citations, and a patent.